Motherhood and Writing: a Christian Perspective

Motherhood and Writing: a Christian Perspective 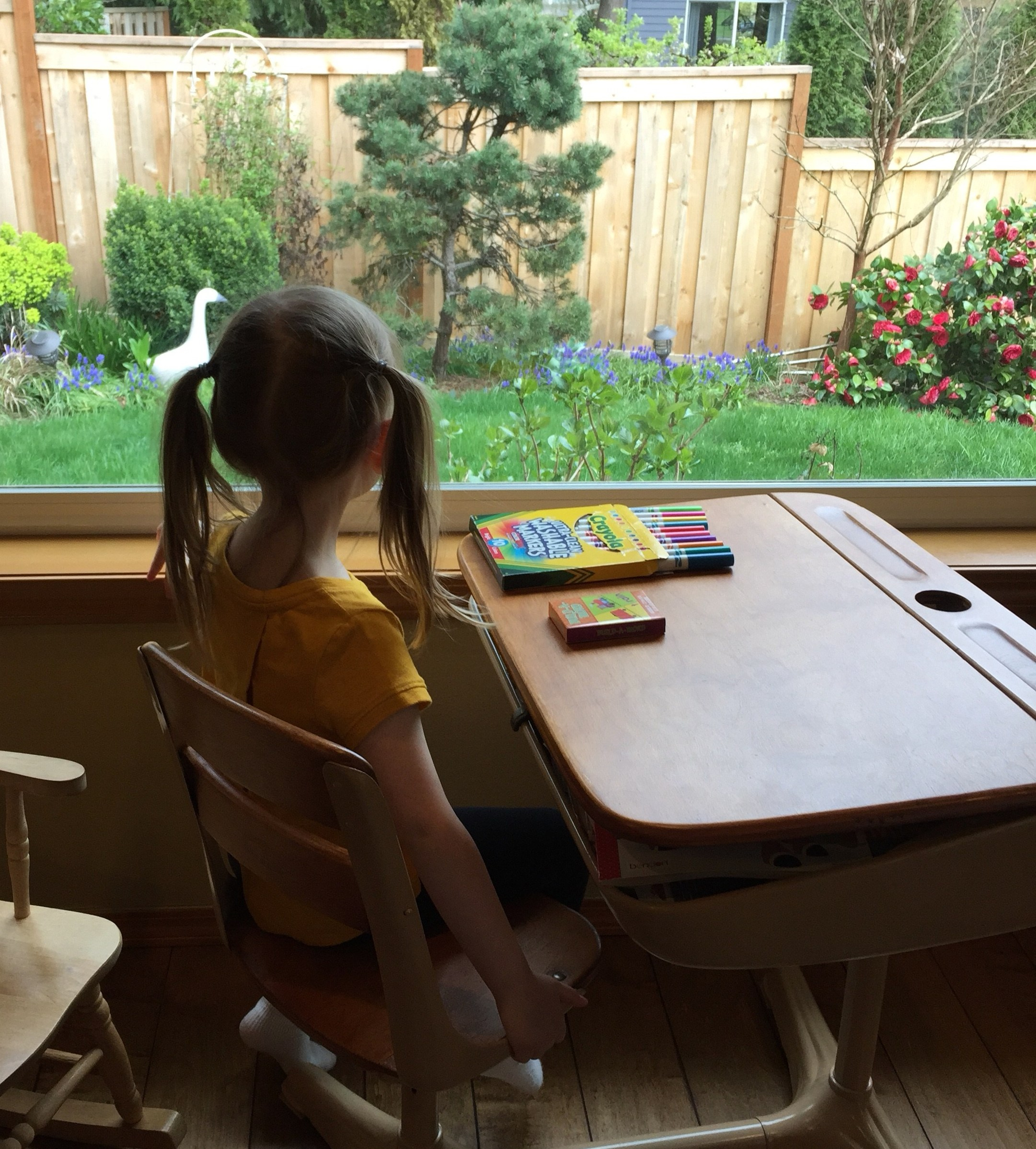 As I mentioned before, I hit 25,000 words on Tuesday. I managed to squeak in extra writing time during a better-than-average nap time and thanks to an amazing husband who took over dinner time duties. I have approximately a 460-word daily average I need to accomplish to hit my goal of 100,000 by September 30th. When I managed just shy of 3,000 words on Tuesday, I had visions of hitting 30,000 words by the end of this week. It was a lofty goal, but doable if I could keep up my pace.

So, how many words have I written since then?

Because, first and foremost, I am a stay-at-home mom to two girls. Our oldest came down with a fever and cough, and then she shared the cough and sniffles with our youngest. My Wednesday and Thursday (and Wednesday night) have consisted of a lot of running up and down the stairs, giving snuggles, grabbing tissues, administering medicine, and calming sad kids who missed out on activities. Being a mom is all-consuming.

I fall somewhere in the middle. It is something I have thought about and struggled with a lot. I believe raising kids is a high calling and a tough job. We as parents are raising the next generation. We have to be present and diligent and involved. We have to teach our kids right from wrong, and we have to teach them to love in a godly way in this crazy world. I don’t take motherhood lightly.

But, as a mom of girls, I also don’t believe that God has called me to raise girls to only become wives and mothers. I came from a family of all girls, and I am, so far, the only mother out of the three of us. One sister is married, and the other sister is not married. I stay at home with my kids, my other two sisters work. First, there is no guarantee that my girls are ever going to be married or have children. It may not be what they desire to do, and it may not be what God has called them to. Even Paul in 1 Corinthians 7:8 states,

Now to the unmarried and the widows I say: It is good for them to stay unmarried, as I do.

God designed marriage and loves it, and He also shows the value in singleness. My girls may never marry, and if they don’t want to, that’s great. I care most that they follow God. And, if they do get married, I don’t think God has called us mothers to raise little girls to be only wives and mothers. God created women as smart, creative, and ingenious individuals. One of the most prized examples of Christian womanhood in the Bible is the Proverbs 31 woman.

She gets up while it is still night;

she provides food for her family

and portions for her female servants.

She considers a field and buys it;

out of her earnings she plants a vineyard.

She sets about her work vigorously;

her arms are strong for her tasks.

She sees that her trading is profitable,

and her lamp does not go out at night.

In her hand she holds the distaff

and grasps the spindle with her fingers.

She opens her arms to the poor

and extends her hands to the needy.

When it snows, she has no fear for her household;

for all of them are clothed in scarlet.

God’s example of an upright woman here is someone who raises and cares for her children and also uses her talents to do other endeavors: she’s a businesswoman and a mother.

One side note here: if you are the kind of woman who is called to stay at home and raise her children and homeschool and not to take on outside tasks – great! As long as you follow God in your life, that’s awesome.

I’m writing from the perspective of someone who has seen and heard criticism of women who stay at home and pursue their dreams. Some people insinuate that if you pursue careers or aspirations outside of motherhood that you are not pouring enough into your children. Yes, as a Christ follower, we are called to die to ourselves and live sacrificially. And, sacrificial living is built into parenthood. But, the more I study the Bible and pray about it, the more I’m realizing that I’m not selfish for maintaining and following my dream of writing. My desire to write and my gift of writing is built in me by God himself. God created me to write, and at this point, when my writing path is so clearly confirmed by God, it would be remiss of me to not pursue writing. Sometimes God calls us to motherhood and something else. By being a mother and writing, I’m showing my girls an example of a woman who is doing her best to follow God’s calling in her life. And, I’ve come to realize in my own life, that part of the reason I’ve been called to both is there is no way I can accomplish either well if I don’t fully rely on God every step of the way.

And, in this season with a toddler and a preschooler, I sometimes have to completely prioritize them over my writing, and that’s okay. And, sometimes I have my husband hang out with the girls or we have someone babysit the girls, and I get to prioritize writing at that moment, and that’s okay too.