The Book: Your Questions Answered

The Book: Your Questions Answered 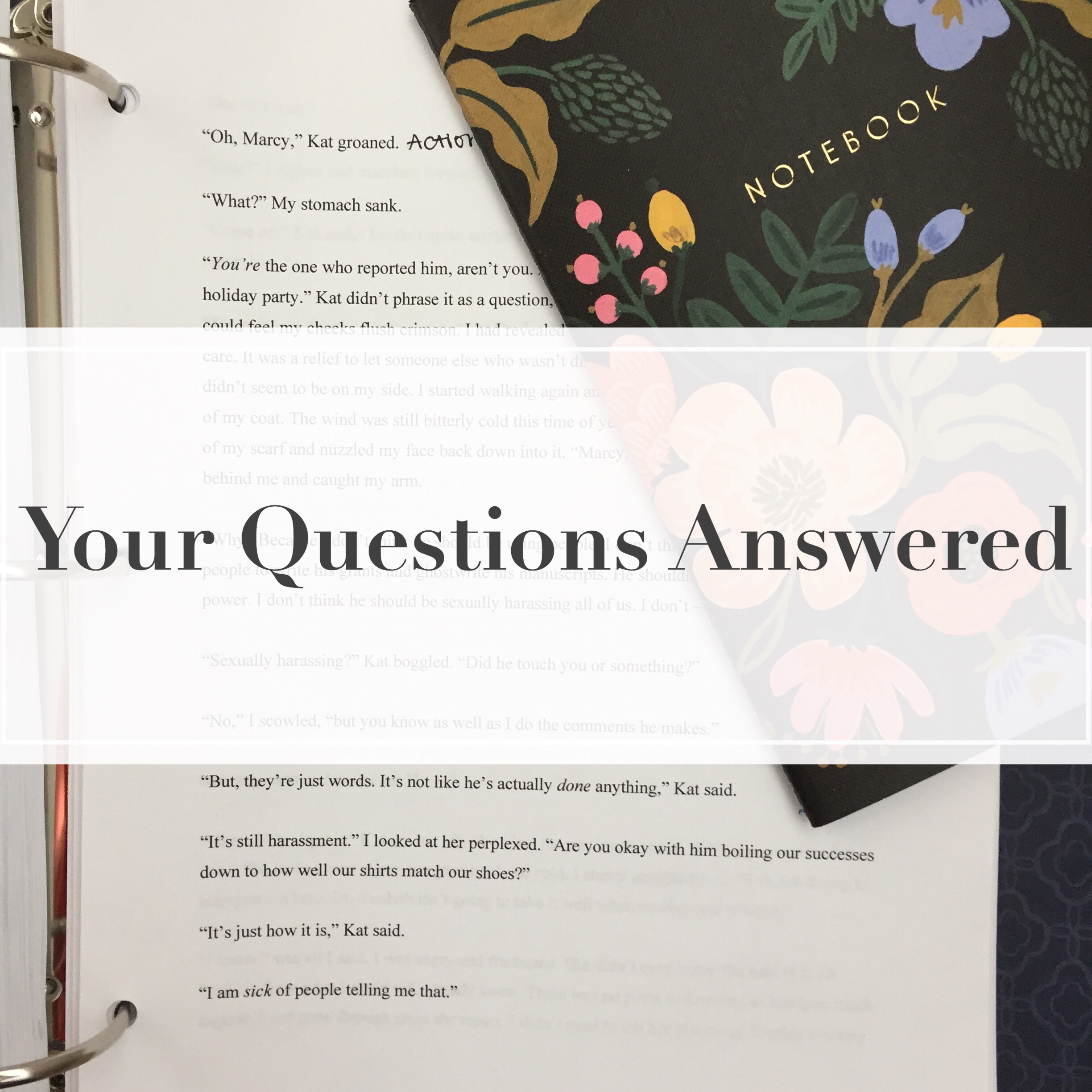 As a little tribute to finishing the first revision reading of my book, I wanted to address two questions that have come up several times during the process of my writing.

When I first started writing A Sacrificial Justice, I wasn’t even going to include sexual harassment of any kind. I wanted to make the entire story about the experience of a whistleblower without diving into the issues that come with sexual harassment. I tend to avoid hot-button topics when I can because I hate conflict. The problem was, as soon as I started writing the book, the sexual and gender harassment became integral. I couldn’t tell the story without it because both my sister’s experience and my own experience included it, so it became a large part of the story.

The following is an excerpt from A Sacrificial Justice where Marcy has let on to her coworker, Kat, that she was the reporter:

“What?” My stomach sank.

“You’re the one who reported him, aren’t you. Anna was right. That’s why you acted odd at the holiday party,” Kat didn’t phrase it as a question, and I didn’t think it garnered a response. I could feel my cheeks flush crimson. I had revealed my place in this investigation, but I didn’t care. It was a relief to let someone else who wasn’t directly involved at work know, even if she wasn’t on my side. I started walking again and shoved my fists deep into the pockets of my coat. Even in February, the wind blew bitterly cold, and I took advantage of the girth of my scarf and nuzzled my face back down into it. “Marcy, why did you do it?” Kat walked behind me and caught my arm. I turned around.

“Sexually harassing?” Kat boggled. “Did he touch you or something?”

“No,” I scowled, “but you know as well as I do the comments he makes.”

“But, they’re just words. It’s not like he’s actually done anything,” Kat said.

2. Why aren’t you writing a memoir or other nonfiction?

This is one of the most frequent questions I’m asked, and the answer is really quite simple: I prefer to write fiction. I’ve always been a fiction writer more than nonfiction, and I just prefer the liberties you can take with fiction. There are also a lot of legal aspects to the experiences my sister and I went through which would make nonfiction a lot harder to accomplish.

And, also – and this is one of the biggest reasons – fiction reaches a different audience. It just does. Fiction has a different way of pulling us into a story and allowing us to see ourselves there too. I personally read more fiction than nonfiction, and I am much less likely to pick up a memoir about an experience than a fictional account. Fiction has the power to reach where nonfiction cannot.  By writing a fictional story, I was able to blend my sister’s experience, experiences of other women, and my own experience into one story. My hope is that this creates a more universal experience that women from different backgrounds can read and relate to.

Do you have any other questions about my process or decisions with A Sacrificial Justice? I’m an open book (terrible pun intended ;)).

All content is copyrighted and property of Melanie Vallely.