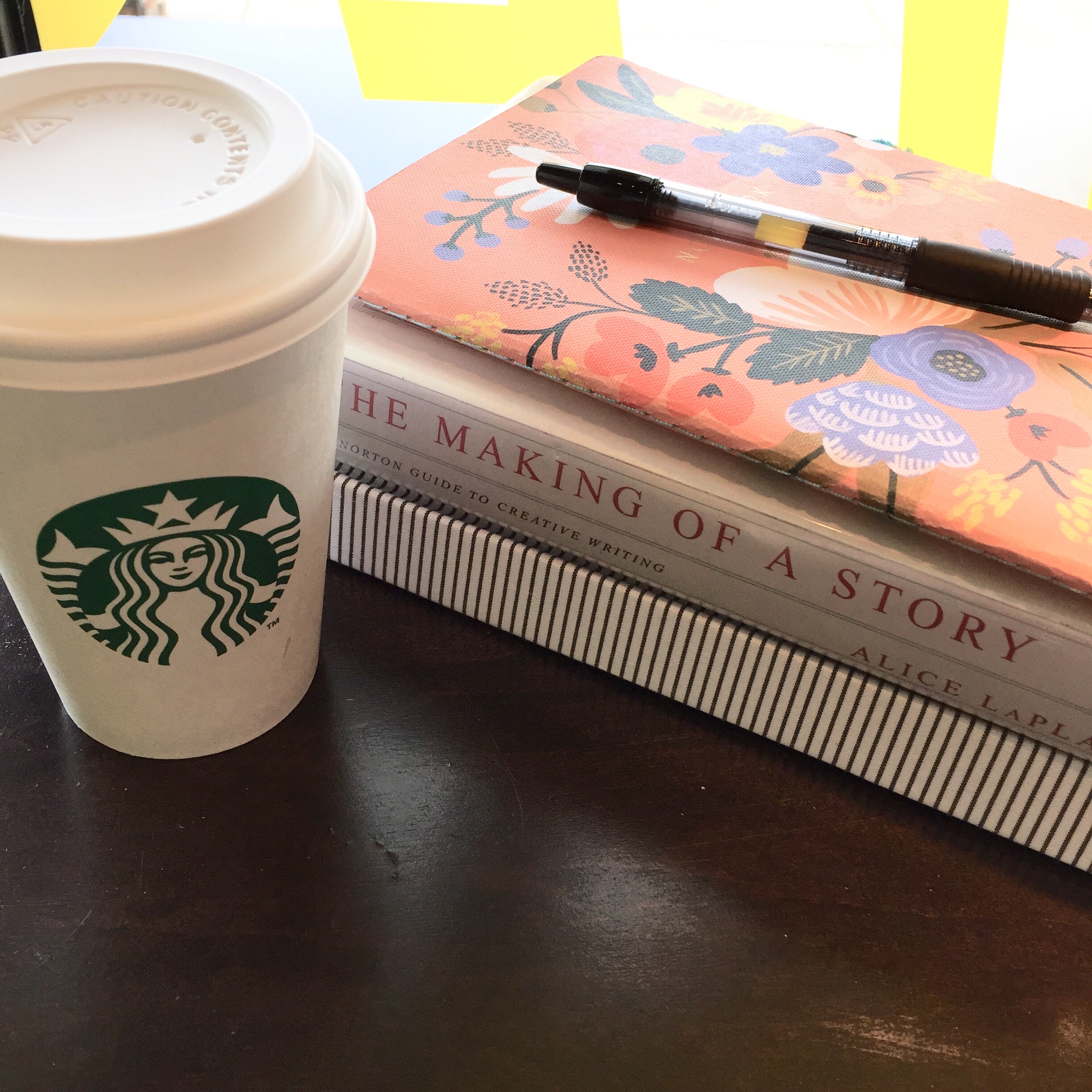 Starting my serious pursuit of writing as a stay-at-home-mom comes with its advantages: I have no outside income that I have to ever question whether I should quit in order to pursue writing full time. I’m (nearly) by a computer or a pen and paper whenever I need to be (unless someone needs a nose wiped or more breakfast). But, it also comes with its disadvantages.

When I started getting bolder about telling others about my writing, writers overwhelmingly responded that I needed to join a writing group and go to conferences. But, with no outside income (and as I have said before, I don’t want to fund this with the family income) and no childcare, it made both of those options fairly inaccessible.

I was content writing alone in my bedroom during nap time, and I figured I needed a larger portion than 5,000 words to take to writing groups and workshops. I’d work away at home by myself and flesh out what I could. Sure, outside opinion is helpful, but I could limp by without it.

A few days into April, I was scrolling through Instagram and stopped on a photo of a novel planning worksheet. The poster is a writer whom i have followed for years. She has published one nonfiction book and is a freelance writer, but she wanted to complete a novel – a new area of writing she hadn’t conquered yet.

I tried to remain poised and calm in my response, but I’m pretty sure my response was riddled with exclamation points.

To say I was excited is a gross understatement.

It’s getting hard to count how many times God has showed up in this writing pursuit. I started out in February worrying I would never think of a story; I now have my main one and an idea for the next. I worried about telling others I’m a writer without any published works; I have received overwhelming support. I have received countless confirmations through sermons. I also now have a writing group that I’m a part of that’s filled with amazing writers and is on a time schedule and location I can work with. The writing group appeared in my life to no credit of my own. This is no coincidence.

I hate to get ahead of myself (I’m sixty percent dreamer and 40% realist), but this is the first time in years that I look at my writing and think, “I could seriously be published.” With work and a whole heap of God’s provision and grace, my dream is materializing before me.